· Save With Some of Our Preferred Suppliers

These figures are exclusively for the Oakville residential market and although all information provided is deemed accurate it is not guaranteed.

The average sale price is found by adding the value of all sales and divided by the number of homes sold.  The median sale price is the midpoint sales price of all sales.  The variance between the median and the average is primarily accredited to the high price point of the multiple luxury sales in Oakville for the month.  A few $5 million plus sales can skew the calculation upward.

These stats do not include sold properties not reported through the Oakville, Milton and District Real Estate Board.  For example, a home listed and sold by a Toronto Real Estate Board member who did not list the property on the Oakville board.  I know sounds crazy right...who would ever do that and forego the massive exposure to Oakville realtors?  Shockingly, it happens.

See further down for our more in depth "Under the Hood" look at the numbers. 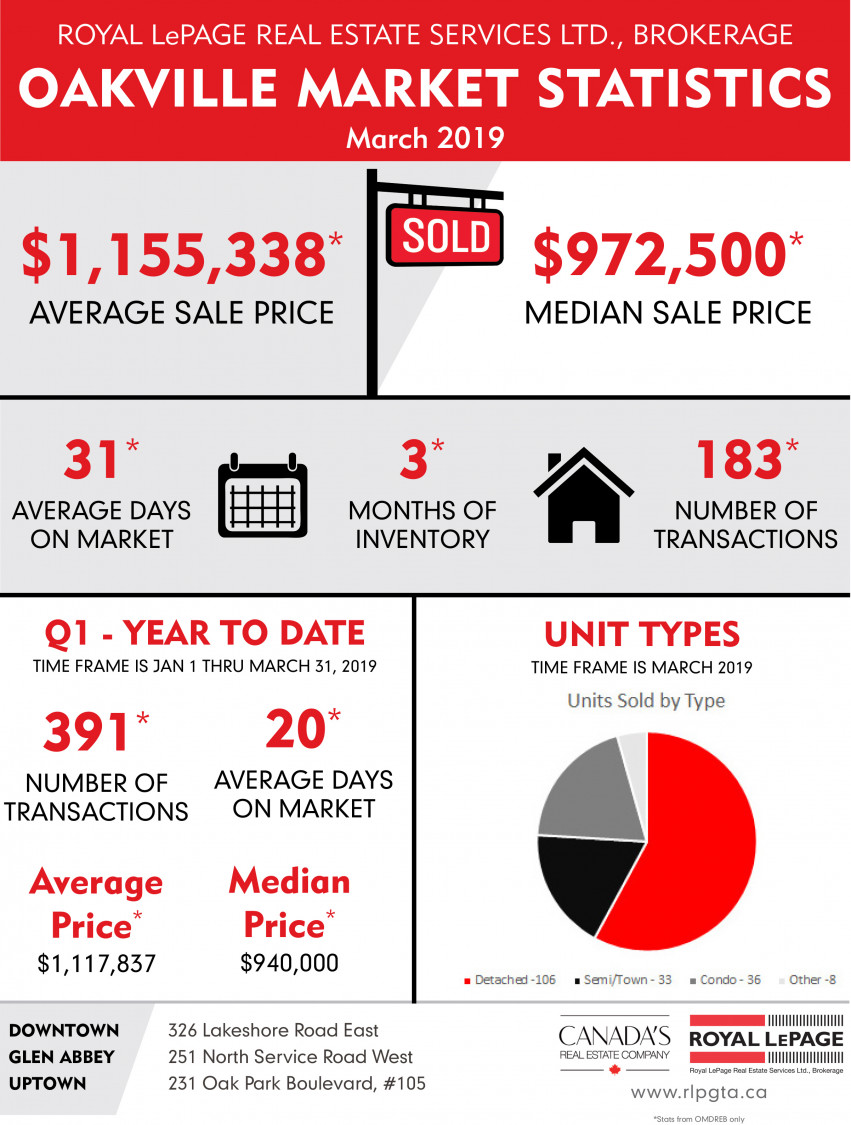 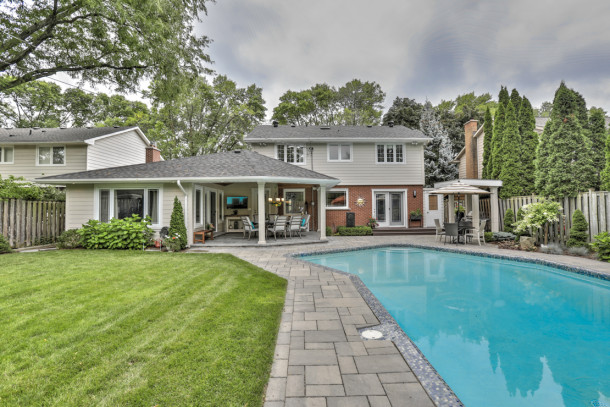 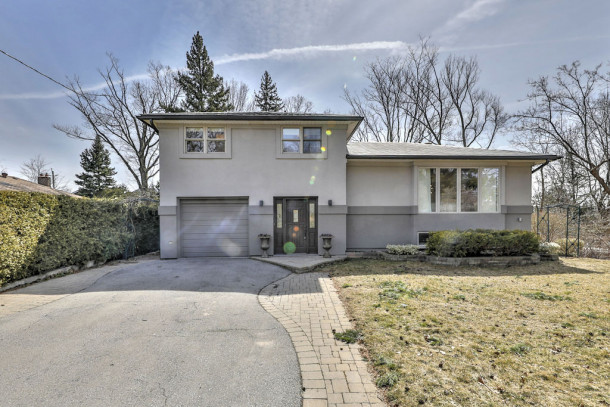 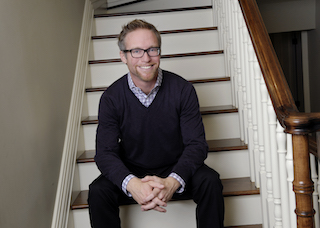 Early in 2018, Canada experienced the most significant housing correction since the 2008 financial crisis. Markets showed signs of recovery late in the year, yet the figures for early 2019 suggest that the market has once again slowed.

Looking ahead to the second quarter, Royal LePage expects national home prices to stay relatively flat throughout the 2019 spring market, with the national aggregate price of a home increasing 1.0 per cent over the next three months. Meanwhile, the housing markets in several larger Canadian cities have shown noticeable signs of slowing, with nearly half of the regions in Royal LePage’s Quarterly Forecast[2] anticipating quarter-over-quarter price declines. Notably, Royal LePage is expecting home prices in Greater Vancouver to fall 1.4 per cent over the next quarter. Ottawa is expected to post the highest price appreciation during the spring market and is forecast to rise 2.8 per cent to $482,459 during the second quarter.

“We are expecting this to be a sluggish year overall in Canada’s residential real estate market, with the hangover from the 2018 market correction and weaker economic growth acting as a drag on home price appreciation, balanced by lower for longer interest rates,” said Phil Soper, president and CEO, Royal LePage. “There is a silver lining here. This slowdown gives buyers, and first-time buyers in particular, an opportunity to buy real estate in our country’s largest cities.”

The global economy hit a soft spot entering the new year. The economic downturns in China and Germany, ongoing trade disputes, and slowing U.S. growth support a relatively muted global outlook. The upside for the Canadian housing market is the increased likelihood that interest rate hikes are on hold for the foreseeable future.

In the federal budget tabled by Finance Minister Bill Morneau in March, the Canadian government announced three new or enhanced housing programs. The First-Time Home Buyer Incentive is a three-year, $1.25 billion shared equity mortgage program whereby the Canadian Housing and Mortgage Corporation (CMHC) will co-invest up to five per cent of the purchase price of an existing home. Further, for the first time in a decade, there was an increase in the registered retirement savings plan withdrawal limits in the Home Buyers Plan. The increase, from $25,000 to $35,000, was the largest since the program’s inception in 1992. Finally, an additional $10 billion in financing over nine years was earmarked for the construction of purpose-built rental housing.

Some critics believe that the narrowly focused federal housing initiatives will overstimulate already expensive markets. We disagree. Eroding affordability risks taking the dream of home ownership away from young Canadian families,” said Soper. “Without a healthy influx of first-time buyers, the entire cycle of real estate activity can stall. There is the chance, however, that activity levels in the spring of 2019 will be reduced as some delay purchases, waiting for the First-Time Home Buyer Incentive to kick-in.”

Driven by supply-side shortages, and augmented by an improving job market, home price appreciation in Ontario heavily influenced the national results in the first quarter of 2019. If Ontario is excluded from the Royal LePage National House Price Composite, Canadian price appreciation would sit at a modest 0.4 per cent increase compared to 2.7 per cent.

“The City of Toronto is still one of Canada’s fastest appreciating real estate markets,” said Soper. “Detached home prices are rising in line with inflation, but condominium prices are increasing at near double-digit levels as vertical living has become the primary new-build option in this growing, world-class city.”

As always, if you have any question or real estate needs, please don't hesitate to contact us.

A Few of Our Recent Solds... 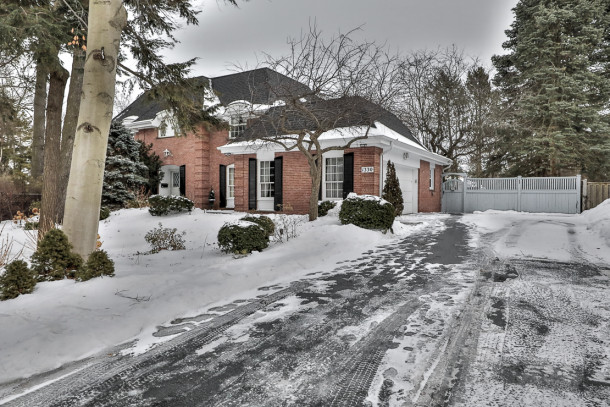 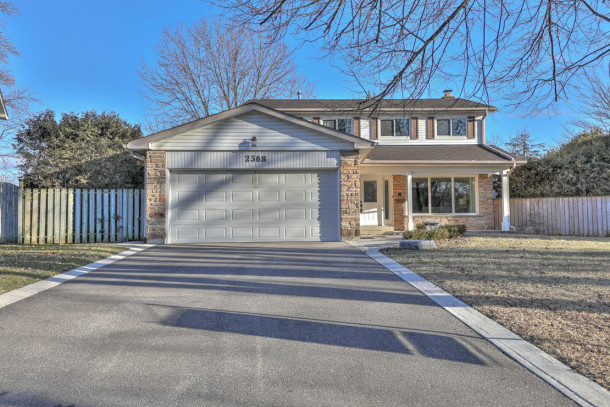 You may have seen the We Love Oakville signs as you walk/drive around town.  What are they about?  Here's a quick breakdown of the facts:

Province of Ontario has announced a review of 8 regional municipalities including Halton, to ensure they are working effectively and efficiently. They are proposing amalgamating Oakville, Milton, Burlington and Halton Hills into the City of Halton.  The consequences would be the loss of the two-tier government model that controls our public transit, fire department, zoning, parks, trails and community centres just to name a few.  Most are in agreement that having access to local politicians is essential for its citizens.  Each area has its unique needs, priorities and do we want the provincial government to tell us what is best for us? The one size fits all approach cannot represent everyone's varied interests.  We love our Town and do not think amalgamation serves the interests of our communities. Please email us at [email protected] if you would like to have a lawn sign delivered.

We encourage you to send a letter to your local MPP and support the campaign. 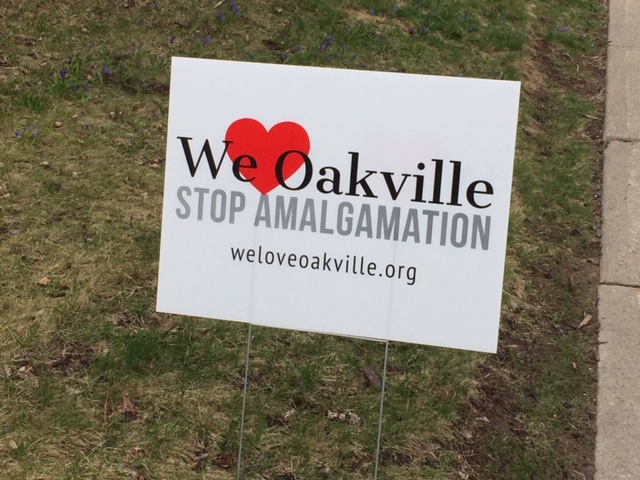 Save on RLP Preferred Suppliers

Our "Under the Hood" Look at the Numbers 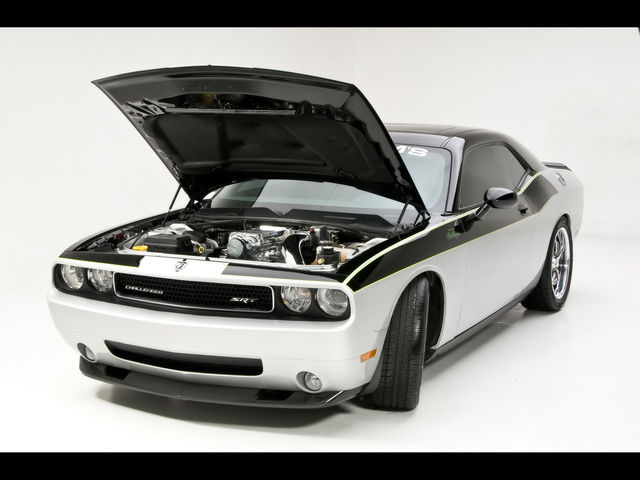 If you have any questions about the content  of our newsletter, require information on a particular property or are interested in having a free no obligation price evaluation of you home, please email us directly or click below

The Best Places To See The Holiday Lights in North America

Not only do we love this time of year, but we love seeing all of the gorgeous lights and decorations all over North America.

The Emotional Side of Home Selling

The good news? Though the experience can feel overwhelming and inspire doubts, it doesn’t have to get in the way of a successful home sale.

Your home is one of your biggest assets — and like most investments, you need to periodically check in to make sure you’re maximizing value.

Read More
View All
We use cookies to enhance your browsing experience and deliver our services. By continuing to visit this site, you agree to our use of cookies. More info

This website is operated by Royal LePage Royal City Realty/Blair Mackey, REALTOR®, a Salesperson who is a member of The Canadian Real Estate Association (CREA). The content on this website is owned or controlled by CREA. By accessing this website, the user agrees to be bound by these terms of use as amended from time to time, and agrees that these terms of use constitute a binding contract between the user, Royal LePage Royal City Realty/Blair Mackey, REALTOR®, and CREA.

The content on this website is protected by copyright and other laws, and is intended solely for the private, non-commercial use by individuals. Any other reproduction, distribution or use of the content, in whole or in part, is specifically prohibited. Prohibited uses include commercial use, “screen scraping”, “database scraping”, and any other activity intended to collect, store, reorganize or manipulate the content of this website.

REALTOR®, REALTORS®, and the REALTOR® logo are certification marks that are owned by REALTOR® Canada Inc. and licensed exclusively to The Canadian Real Estate Association (CREA). These certification marks identify real estate professionals who are members of CREA and who must abide by CREA’s By-Laws, Rules, and the REALTOR® Code. The MLS® trademark and the MLS® logo are owned by CREA and identify the professional real estate services provided by members of CREA.

The information contained on this website is based in whole or in part on information that is provided by members of CREA, who are responsible for its accuracy. CREA reproduces and distributes this information as a service for its members, and assumes no responsibility for its completeness or accuracy.

Royal LePage Royal City Realty/Blair Mackey, REALTOR® may at any time amend these Terms of Use by updating this posting. All users of this site are bound by these amendments should they wish to continue accessing the website, and should therefore periodically visit this page to review any and all such amendments.